skip to main | skip to sidebar

No, I am just kidding. I will give you more details than that! (C'mon, it's me! I LOOOOVE to talk!)

We are moving out tomorrow. To where is still undetermined. Either to the warehouse, or to Bryttan's fiance's house. Either way, we probably aren't heading to Idaho to live. I am glad, but I was also looking forward to a camping trip or two before we leave for China. Oh well.

Taiger and I have our tickets for China! No kidding! Still haven't applied for our Visas, but oh well. Procrastination is my middle name. Not that I am TRYING to put it off...it just isn't coming together. Trying to find somewhere cheaper than the agency I have used in the past.

That's me in Haikou...in the future...or at least what I hope it will be like (yeah, right! Where is this woman's child?!) 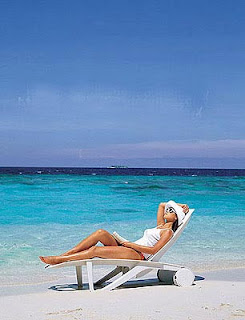 So, are you just DYING to know when we leave?! Okay, I will tell you. We will leave for L. A. on July 14. We will stay there for two days and visit some of my BEST friends, who I have not seen in YEARS. (I really am excited to see them again!) Then, late at night on the 16th we fly out for China! Yes, really. I know, right? THAT soon. Am I nervous? Nah.

Okay, that was a lie. I am nervous. In fact, I may go as far as to say I am TOTALLY freaked out. 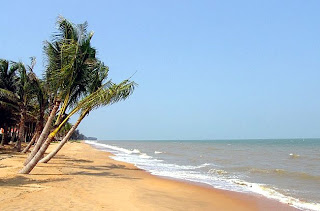 Today, a guy who is currently studying at the school I will be attending in China emailed me and told me one of the NICEST dorm rooms on campus is up for grabs! It looks like Taiger and I will be taking it. I was so thankful that he thought of me and offered it to me, even though I am SURE there are others who would have LOVED to have that nice of a room. (The guy who had it before waited a YEAR to have that room! He has been there a year but was offered a job elsewhere, so he has to leave it behind...FOR ME!) It is smaller than I had planned on getting, but I think we can make it work. Studio apartment, so no separate room for Taiger as I had wanted. But we take what we can get. Beggars can't be choosers. Besides, if we take this place, I won't have to go house-hunting, which is hard enough in America and I cannot IMAGINE how it would have been in a new country, AND I won't have to go shopping for new appliances as this guy is selling all of his and we are buying it, too. The one thing we won't have that I will maybe want to get a couch or chair or something, but all in good time. :) We will first see if something like that would even FIT in the room! (I am not exaggerating here, people...the room really is rather small and it really may not fit another piece of furniture.) The pictures I received of the room are great and I think we will be happy there! I want to show you pictures, but as we don't live there yet, I don't think I should post them. Besides, then you won't have the maiden viewing of the house with Taiger's and my "stuff" there to make it look "good" (that is a joke...you know it will be a disaster with toys and books and piles of papers everywhere). 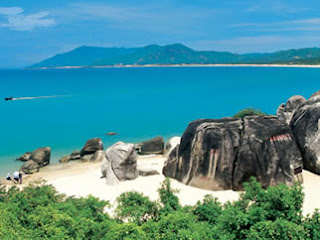 So, that is our update. I am busy trying to stay calm and not be too freaked out about leaving. I keep asking myself, "What the HECK am I DOING?!?!?!?!?!" And I am STILL waiting for myself to answer me.
Posted by MommyBrec at 11:41 PM 2 comments:

Taiger and I have been super busy lately! Getting ready for China, doing things for Sixteen Small Stones, working and LIFE have kept us VERY busy lately. I try and keep track of everything and document things with pictures. I LOVE taking pictures! So...here is our life as of late...in snap-shot form. :) Enjoy. 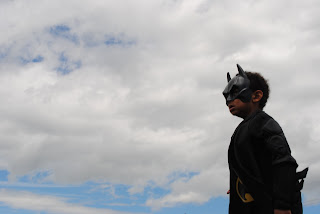 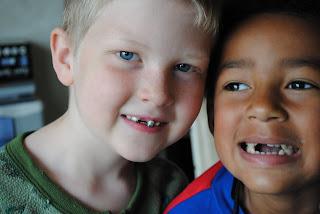 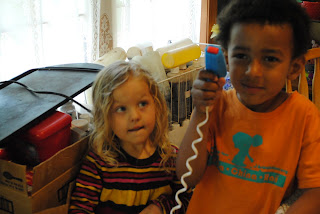 I have always, always had a great respect for soldiers who fight or have fought to keep America free and safe, and to fight for the freedom and safety of others. 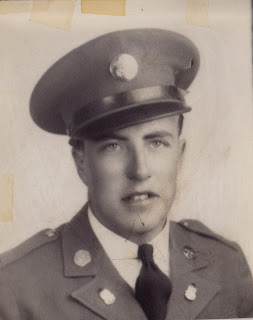 My Grandpa was a soldier. He fought bravely. As a young girl, I would sit on his bed with him (his house was so small, his room, that hardly fit a bed, was the best place for two old souls to sit and talk quietly about things only we understood) and listen to his war stories. My Grandpa had a cupboard of maps above his small, twin size bed. He would pull them out and point out places he had fought as well as places he had visited while in service. In my mind, it didn't seem anyone else in the world understood my Grandpa like I did...and I didn't think anyone understood me the way he did, either.

As a teenager, I came to own an old, beat up army coat. The fabric was soft with years of wear. The cuffs were frayed and worn, and the pockets had holes. I imagined the stories that coat would tell if it could. While other girls were interested in fashion and style, I was interested in wearing that (horrible) army coat because I felt like I was wearing my respect and honor of soldiers where everyone could see. I used to sit on my bed in that coat, imagining the man who wore it, listening to, "The Grave" by Don McClean. (You can hear it here: (http://www.youtube.com/watch?v=Z4G2iKDzHrs&feature=related) I remember tears pooling in my eyes because I felt such great respect for the person who had worn that coat, and for ALL of the men and women who fought for our country.

When I was twenty, I went to China. While I was there, my Grandpa died. The last time I had seen my Grandpa, he had cancer and we knew he would die soon. Although I knew on the inside his body was shutting down, on the outside, he was the same man I had always looked up to. I still wanted to hear his stories. I still wanted to thank him for his service for our country. The days we spent with him flew by far too quickly and I soon found myself standing face to face with him on his front porch, about to say goodbye. Everyone else had said goodbye and was sitting in the car. It was just he and I. He looked me in the eye, the way he always did, and his blue eyes twinkled, the way they always did. I stood there for a moment, and then, I saluted him. He saluted me back. I threw my arms around him. Grandpa and I understand each other.

When I heard he had died, I knew I could have spent the money and flown home, but I am too much like him and didn't want to experience the deep pain of seeing him, laying in a casket ready to be swallowed up by the earth. Grandpa was too strong, too amazing, to by laying still somewhere, his body empty and his busy mind and hands still. I knew his spirit was somewhere else, still existing, and still BEING that man I remembered. Besides, I wanted to remember him the way I always had...as sitting in the sunshine in his bedroom, telling me stories of his adventures.

All of China goes on vacation for one month, and I had a month by myself to travel and backpack around China. It was the middle of winter...the coldest my town had seen in decades, and the southern part of China, with it's warm weather and blooming flowers, beckoned to me. However, I opted against sitting in the sunshine for the next month, and instead, I travelled the more adventurous routs. In the end, I chose to go places that would bring me closer to my Grandpa, visiting places he had been. At one point, I found myself on the Burma Road, right where my Grandpa had fought. I spent the day asking where the military base had been. In the end, I found it. A great, stone building. I reverently walked inside. The building was empty. I assumed it was still in use, but it looked so much like I imagined it would have during the war it was difficult to fathom it still being used. The wooden chairs pulled up to the antique tables, the green wallpaper with green flower designs, the cold cement walls and floor. It all seemed so 1940. The power was out and the sunlight filtered through the dusty windows. I felt closer to my Grandpa in those moments than I had in a long time. I stood on the stairwell and felt his spirit with me.

I thought I would marry a soldier. I wanted to have someone THAT brave, THAT strong, THAT devoted to doing right, THAT humble at my side for eternity. I wanted to serve, in a small way, someone who was serving me in such a great way. Of course, life happens, and marring a soldier may or may not be in the cards.

Wanting to honor those who have served, and those who have died in service, is important to me. I have long-ago given up wearing the army coat, and my Don McClean cd is lost and gone. However, each Memorial Day, I feel a flood of emotion catch in my throat and stay there all day. People have flags in their yards, the cemeteries are adorned in red, white and blue. I think of my Grandpa. I imagine his strong hands, I hear his voice, and I see that twinkle in his eye. I remember the days of sitting on his bed, listening to stories, and I miss him. I feel such overwhelming pride in him, and gratitude for him.

Thank you, to all the servicemen and women. You fight bravely. You go forth boldly into battle. You give to use what we cannot give ourselves, and something that is more precious than gold: our safety and our FREEDOM.

From the bottom of my heart, THANK YOU.

Love you, Grandpa.
Posted by MommyBrec at 8:19 AM 2 comments:

PLEASE read this blog! You will be SO glad you did!!